Since moving to Kent in 2008 Brenda Farwell has helped establish the Thunderbird Community Sports Foundation as strong support for Youth Sports in our community giving over $925,000 in grants.  Studied Business in College, owned and operated a landscape products/manufacturing company in Medicine Hat Alberta until moving to Washington in 1989 with her husband Russ.  Brenda joined the Kent Community Foundation Board in 2011.

Community advocate, volunteer and long time member of the Rotary Club of Kent.  Kim has a vision to increase the annual number of scholarships and dollars awarded to Kent School District students.

The Kent Community Foundation is fortunate to have Brandy as our new Treasurer.  She is the finance manager for the Seattle Thunderbirds Hockey, and has extensive college and community nonprofit experience.

Works full time for the City of Tukwila.  After emigrating to the US from Vietnam in 1978, Han has spent the last 31 years in Kent .  She is actively involved in the Kent community, having served on the Kent International Festival Steering Committee for a few years and with local PTA’s at the elementary and high school levels.  She loves her community and looks forward to supporting the Kent Community Foundation thrive through partnerships and philanthropy. 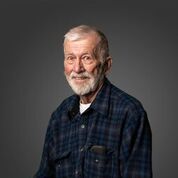 Jim was raised in Montana (with a fly rod in his hand) and graduated with an engineering degree from Montana State in 1960. He worked for Boeing for 35 years most of the time in the test business, retiring in1995. He originally joined the Foundation in the early 90’s as the Boeing representative. He re-joined the Foundation in the early 2000’s and has served as vice president, scholarship chair, and currently as president. He has been involved in several community and church leadership volunteer roles. His wife retired in 1996 as an elementary teacher in the Kent School District. Their sons both attended school in the District, graduating from Kent Meridian High.

Roger has lived in Kent for the past 20+ years and
grew up in neighboring Renton.  He and his wife Lisa have two children that attend Kent schools.  Roger has served on several Kent School District committees including the past two boundary committees and citizens budget review.  He also has been the parent representative for the Panther Lake Elementary leadership team.  He has been in the education market for the past 30 years providing IT programs for school districts across the nation.  He is currently the Western Region VP for Graduation Alliance a company that helps school districts recover dropouts and get them on their way to earning a diploma or industry credentials that lead to living wage employment.  Roger joined the Kent Community Foundation as board member in 2015.

Lori Paxton, board member and liaison with Kent School District 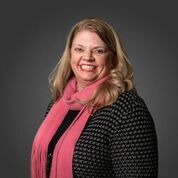 Carolyn Tolas, board member
Carolyn is a past Kent Community Foundation board member that has
rejoined the board to help educate the community of the new roles that the Foundation has taken on.
Dino Traverso, MS,CPA – board member and advisor

Dino graduated from Central Washington University with a Bachelor degree in Accounting in 2000. He obtained his CPA license in 2002. Dino obtained his Master’s degree in Taxation from Golden Gate University in 2004.

Dino has served as Treasurer for several non-profit organizations, as a board member for various businesses and other entities, and has done volunteer work for the Washington State Board of Accountancy. He is an active member of the Washington State Society of CPAs and the America Institute of Certified Public Accountants. He is an avid fan of the Seattle Thunderbirds and attends every hockey game at the ShoWare Center in Kent. 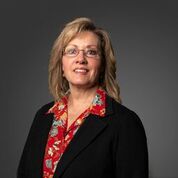 Born in Eugene, Oregon and raised in Kirkland and Redmond, Cathy graduated from Redmond High School and Washington State University.  She lived with her family in the Kent/Covington area for  over 22 years before moving to West Seattle in 2015.  Cathy works as a full-time residential realtor since 2004 for Windermere Real Estate.  Cathy enjoys being involved in the community by being an ambassador for the Covington Chamber of Commerce, volunteering at Habitat for Humanity and various PTA’s in the Kent School District.  Cathy has been involved with Kent Community Foundation since 2007, currently serving on the board of directors.